André Haspels is the ambassador of the Kingdom of the Netherlands to the United States. 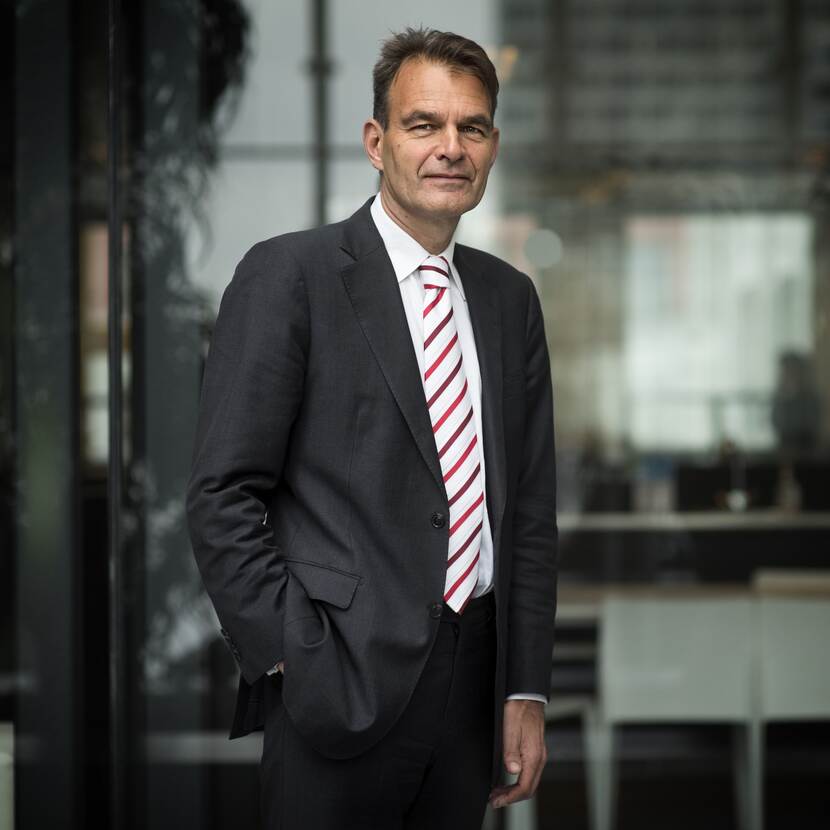 André Haspels (Uithoorn, January 23, 1962) is the ambassador of the Kingdom of the Netherlands to the United States based in Washington, D.C.

Haspels grew up in Uithoorn in the province of Noord-Holland. His father was a flower trader who imported flowers from all over the word, including ferns from Florida. Since he was a young boy, Haspels has always seen flowers, and that’s how he learned about agriculture and trade.

Haspels studied politics at the Vrije Universiteit of Amsterdam. In 1987, he joined the Ministry of Foreign Affairs, where he served in many capacities. In 1997, he became head of the Political Department at the embassy in South Africa (Pretoria), where was involved in the cooperation between the two nations, among others in the setup of the South African Truth and Reconciliation Commission.

He later served as ambassador in Vietnam and South Africa and most recently as director general of political affairs in the Hague.

1986  Graduated from VU University Amsterdam with a degree in Political Science, specialising in International Relations. Dissertation on Dutch development cooperation policy between 1973 and 1986

Joined the Ministry of Foreign Affairs in 1987 and followed its diplomatic service training program.

1992 – 1994     Seconded National Expert (SNE) at the European Commission in Brussels, DG 23 (business policy/SMEs). Preparing and implementing partnership programmes for European small and medium-sized enterprises (SMEs) focused on cooperation within the EU and with SMEs in non-member states (e.g. EuroMed partnership).

1994 – 1996     Secondment to the office of the Committee on International Policy/European Affairs at the House of Representatives. Responsible for setting up a monitoring system for new Committee proposals and promoting knowledge and understanding within the Permanent Committee on EU Affairs.

2005 – 2008     Ambassador in Hanoi, Vietnam. Bilateral ties between Vietnam and the Netherlands, and embassy management.

2016-2019  Director-General for Political Affairs (DGPZ), setting the Directorate-General’s course, policy adviser to the Minister of Foreign Affairs, member of the Ministry’s Senior Management Board.