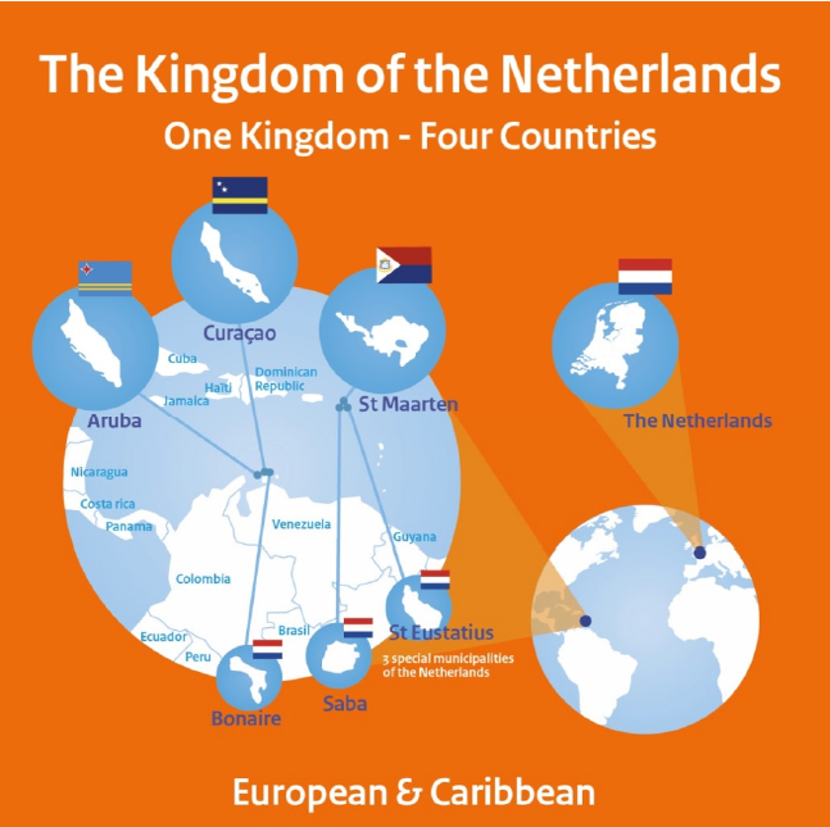 The Caribbean part of the Kingdom is made up of the islands of Aruba, Curaçao, St Maarten, Bonaire, Saba and St Eustatius.

Each country has its own government. There is also a Council of Ministers for the Kingdom, made up of the Netherlands’ government ministers and one minister each for Aruba, Curaçao and St Maarten.

King Willem-Alexander is monarch of all the countries in the Kingdom. Aruba, Curaçao and St Maarten each have a governor who represents the monarch.

The governors’ websites give detailed information about passports, visas and naturalisation.

Aruba, Curaçao and St Maarten maintain their own international contacts in the areas in which they have autonomous responsibility, like education or healthcare. But they must always operate within the framework of the Kingdom’s foreign policy.

You can find information about living and working in the Caribbean countries of the Kingdom on the websites of the governments of Aruba,  Curaçao (website in Papiamento or Dutch) and St Maarten.

Bonaire, Saba and St Eustatius are part of the Netherlands. They are like municipalities, but they do not fall under any province.

You can find information about healthcare, infrastructure, education and taxes on the website of the National Office for the Caribbean Netherlands.