Water, climate and energy: the Netherlands and China

The Netherlands is your partner in tackling water, climate and energy issues.

The Dutch delta has the world’s best flood defences. 70% of the Dutch population lives below sea level. That’s why the Netherlands has so much expertise in flood control and clean water.

The Netherlands works together with other countries to tackle water-related issues around the world, like irrigation, safe river banks and clean drinking water. Our country also contributes to transboundary management of 7 international river basins in Africa, the Middle East and Asia.

A Special Envoy for International Water Affairs has been appointed to promote Dutch knowledge and expertise in the area of water management.

The Netherlands wants to promote the use of sustainable energy.

The Netherlands endorses international agreements on reducing CO2 emissions and the depletion of natural resources.

Water, climate and energy: the Netherlands and your country or region

Wind, water and wide open spaces have shaped the Netherlands and its history. To its inhabitants, the Dutch, water has always been friend and foe. The Netherlands is a relatively small deltaic region in Western Europe. Three major rivers, the Rhine, the Meuse and the Scheldt, fan out across the country before flowing into the North Sea.

From the early Middle Ages onwards, the Dutch reclaimed and defended land from the sea. In order to succeed skills, such as water management, spatial planning, water supply and water quality, needed to be developed. Today, the water management skills of the Dutch are well-known all over the world; water is in the genes of the Dutch is often said. Water also shaped the landscape of the Netherlands. Windmills (once used to pump out excess water), dikes and levees form a powerful international image.

The world is constantly changing and the Netherlands need to adapt again. A new and sustainable relationship with water needs to be formed, not only in the Netherlands but all over the world. The Dutch invite you to work together!

As well as a threat, water is also essential to life in the delta. This makes the sector fundamental to Dutch culture and character. The water sector has three primary focus areas: water technology, maritime technology and delta technology. These areas are concerned with protecting the land, generating energy, smart technologies for water recycling and safe and efficient ships.

Over ten years ago, Rijkswaterstaat (Dutch Ministry of Infrastructure and the Environment) and the Chinese Ministry of Water Resources (MWR) started to work together. In this concrete, problem-oriented cooperation between the two countries, twinning has become an important ingredient to learn mutually from both parties.

From the Dutch side, Deltares and UNESCO IHE plus some specific market parties are involved in the cooperation. In line with the G2G cooperation, innovation and knowledge exchange are the main focus areas and the goal is to create chances for the Dutch market sector. 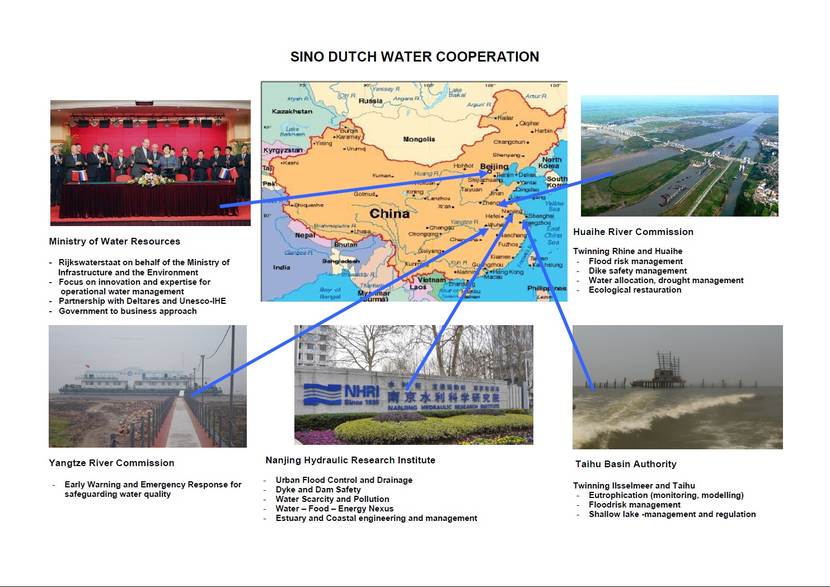 Water collaboration between the Netherlands and China 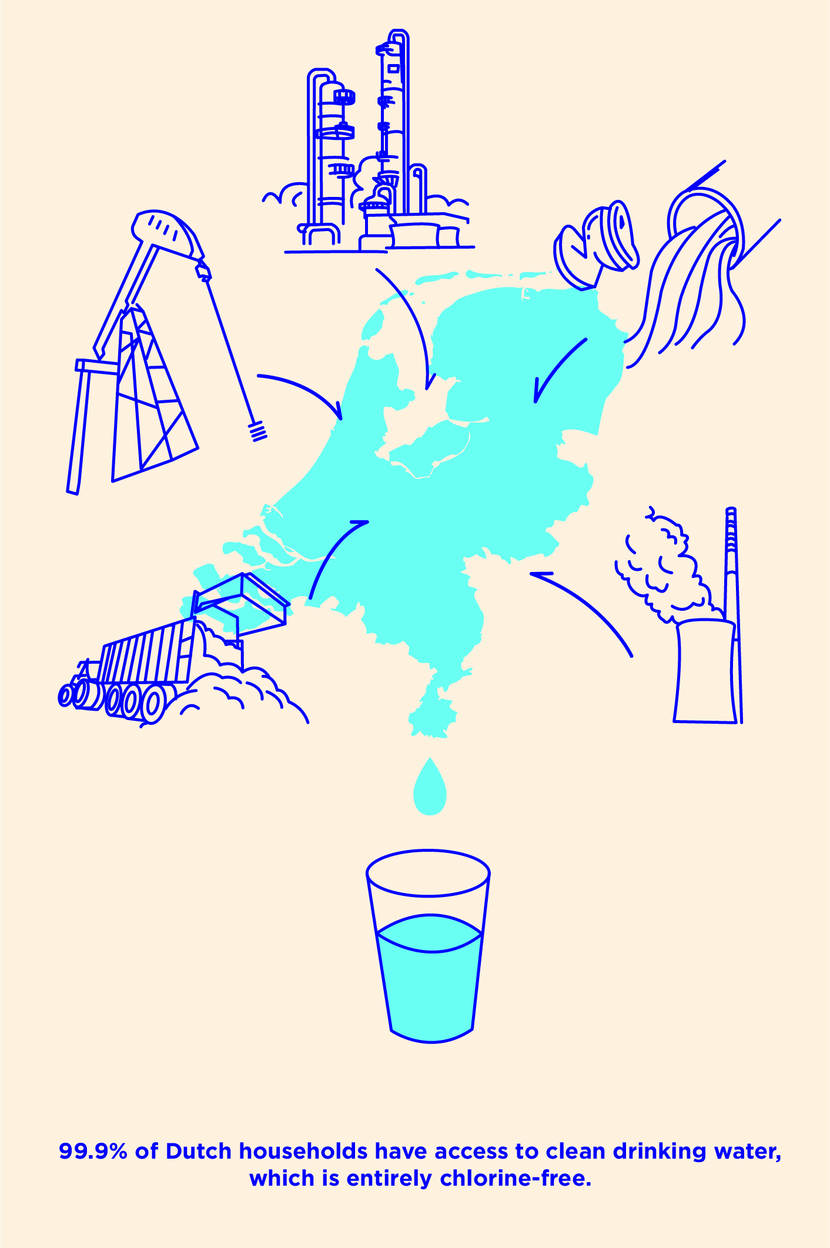 According to De Vries, Chinese cities generally suffer from a lack of water. Beijing on its own already lacks several million cubic meters per year. At the same time many Chinese cities have to cope with floods caused by large river discharges and heavy rainfall. Technically it is possible to build water basins and pump mechanisms, but how do you do that on China’s enormous scale? 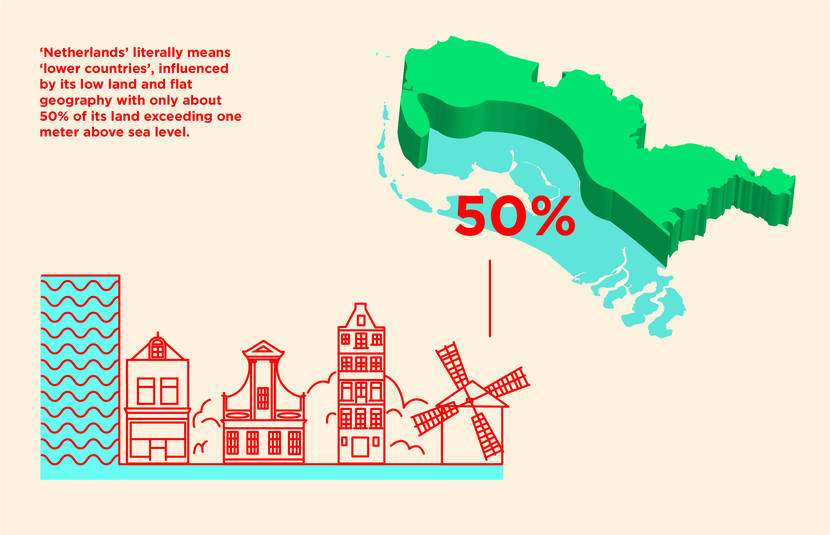 “The recent water collaboration between China and the Netherlands was initiated because Rijkswaterstaat had a need for knowledge partners with countries outside of Europe. China is known as a country which is known for many challenges on water management for which traditional techniques often fall short. The Chinese willingness to try out innovations on a large scale is very impressive. At the same time, the Chinese have a large amount of trust in the knowledge of the Dutch water sector. Many Chinese water experts have been educated in the Netherlands. Many alumni of UNESCO-IHE and graduates of PhD programmes of the Delft University of Technology and the University of Twente are now working for the Chinese ministry of Water Resources.”

“Furthermore the Netherlands has a broad experience with building and maintaining dams and dykes, while China has extensive knowledge related to large barrages and water basins. It is very interesting to exchange the cross-overs in technology and safety in this field, and try out new technologies.” 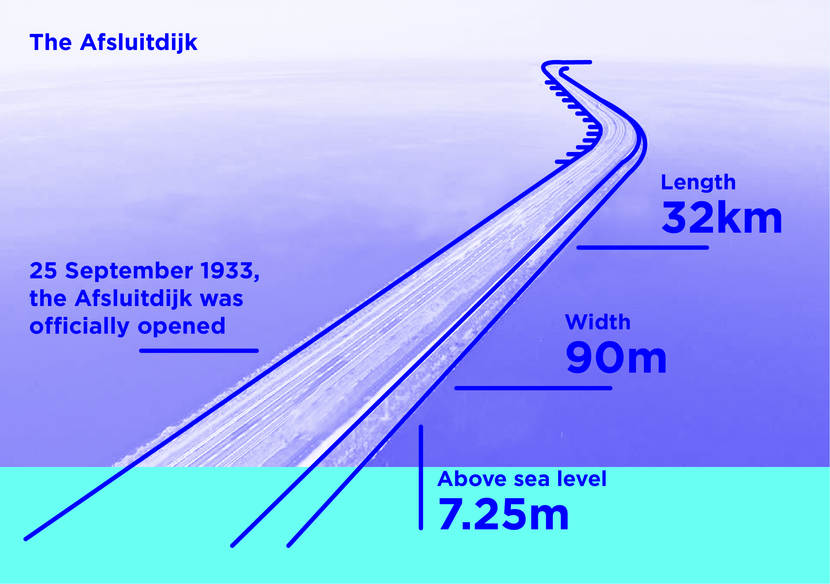 “An innovative example of such a technique is developed by a Dutch company called Cytobuoy, which measures water contamination which has been caused by blue-green algae. People can get very sick by drinking blue-green algae. In the past, someone had to take a little boat up in the lake to take a water sample and bring it back to the laboratory. Using this newly developed technique you can measure the composition of the algae every 10 minutes and see its development. We are going to test this technique in the Ijsselmeer in the Netherlands and the Tai lake near Shanghai. These lakes are very comparable in size and depth, which makes it easy to exchange and compare the results. By testing this technique in the Netherlands and China, we strengthen the scientific basis for its wide-spread implementation. Implementing it in Tai lake will mean a decrease of public health risks and enables business to work on a more efficient basis with limited water supplies.”