The Netherlands believes in a more just world. Unfortunately, not everybody is as free as we are here. That’s why the Dutch Ministry of Foreign Affairs supports human rights defenders all over the world. After Svitlana Valko visited Shelter City Middelburg in the Netherlands, she became a co-founder of Tbilisi Shelter City in Georgia, the first temporary relocation hub for human rights defenders outside the EU!

‘Everywhere in Eastern Europe people know the Netherlands as a human rights defender. The Hague is the city of peace and justice. And every Dutch embassy supports human rights. Shelter City Tbilisi received its first funding from the Dutch embassy. We work closely together. They come to visit us to talk with activists for example.’ 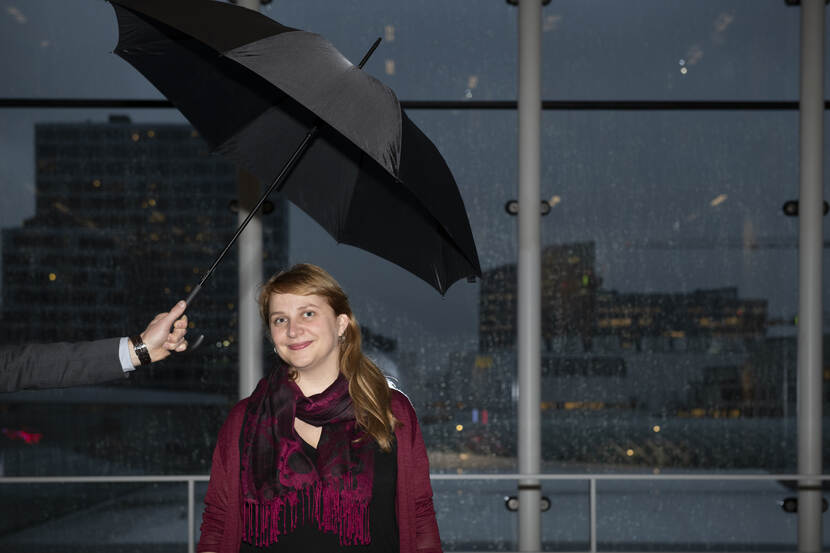 From Ukraine to Middelburg

‘I grew up close to the sea and spent half my childhood in Crimea. Going there is really scary now. That’s weird. As a human rights defender, you just never know how safe you are. I helped to document war crimes and crimes against humanity in Crimea and Donbass. We work with a group of investigative monitors to collect evidence for court cases. We are called Truth Hounds. We chase perpetrators and protect victims.’

‘Of course, I saw and heard a lot of terrible things. And I didn’t take time off. I kept working. At some point, you are so tired. Then I was offered a chance to spend time in Shelter City Middelburg. Not only did I have time to recover, but I was also able to meet people and take part in training courses and workshops, for example in advocacy and security.’

From Middelburg to Tbilisi

‘When I returned to Ukraine, I didn’t go to the front. Inspired by Middelburg, we decided to start a shelter in Georgia too. The first shelter outside the European Union! For human rights defenders from Eastern Europe, Central Asia and even the Middle East, it’s far easier to adapt and live in Tbilisi than in Western Europe. Culturally, but also because of cost of living and visa issues. Language is also a factor, because here some people and recovering professionals still speak Russian. Actually, living in Georgia for a bit and seeing the change there can be really inspiring for an activist from the region. Georgian society has changed a lot in the last fifteen years, and for most participants this seems more achievable than the situation in the Netherlands.’

‘At our shelter, human rights defenders, investigators, women’s rights activists, environmentalists and election observers live – and sometimes start projects – together. It’s an inspiring place, but don’t expect healthy people. People here have been tortured, spent time in prison, worked day and night and often sleep badly and too little. We meet their needs, and arrange for them to see psychologists and doctors. In this part of the world, many women activists have children. Before, they would never take part in these projects. Now we focus on them and make sure they can bring their kids with them. Initially, we wanted to offer them as much training as possible. But what they need most is to get some rest. Only then can we help them acquire skills they can use at home. Not just in fundraising and advocacy; we provide English classes and driving lessons too. These skills can be really important!’

‘Going to Middelburg made it possible for me to go on. I really needed a break. And it inspired me to start Shelter City Tbilisi too! I can help activists better because I’ve had similar experiences to them. And I’m optimistic. In the beginning, we had a lot of worries about the project and about the participants. You see and hear a lot of horrible things, but at the same time you can see real change. A human rights course can take years, but here you can see change in three months!’

Apart from serving as the coordinator of Shelter City Tbilisi, Svitlana is the office director of Truth Hounds Georgia, an organisation that investigates and documents war crimes and crimes against humanity. Svitlana also worked for Truth Hounds Ukraine.