This year we celebrate 50 years of legal cooperation between Indonesia and the Netherlands. On 17 October this memorable moment was celebrated in a gathering of Indonesian and Dutch legal experts at the Hoge Raad (Supreme Court) in The Hague. 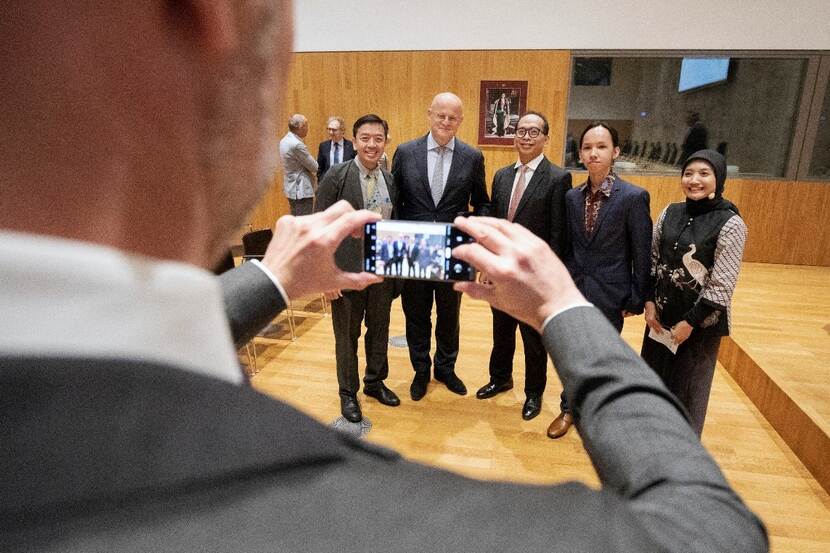 A Forum was organized which brought together practitioners and scholars to exchange thoughts on the importance of legal certainty, the theme that has been running through the collaboration over the past decades. The Minister of Justice and Security, Mr. Ferdinand Grapperhaus, the National Ombudsman, Mr. Reinier van Zutphen whom invited Ibu Lely, of the National Ombudsman of Indonesia to the stage and the President of the Supreme Court and Prof. Maarten Feteris, all spoke about the cooperation of the past 50 years, the friendship and benefits of the cooperation and possibilities what the future will hold.

There were two panels, an academic and a practitioners panel both filled with professionals in their respective field from the Netherlands and Indonesia. There panels discussed the importance of Legal Certainty and justice and gave examples of their field and home country. This was followed by a closing speech from Justice Agung Sumanatha of the Mahkamah Agung of the Republic of Indonesia and a reception with Indonesia music. The forum marked a great anniversary of 50 years of legal cooperation between Indonesia and the Netherlands.