“Hydrogen cars on the roads? Why not next year?”

After years of Chinese subsidies for electric New Energy Vehicles, there’s a new kid on the block. The past period the Chinese government has set a clear next aim: hydrogen vehicles. After all, one of the long-standing issues of NEV’s is that they use electricity which hasn’t been generated in a clean way. As a result the calculated emissions of the ‘clean’ NEV’s can actually be higher than that of traditionally fueled vehicles. To explore how the Dutch expertise in the field of hydrogen can smoothen the transition, a hydrogen delegation led by the Commissioner of the King in Gelderland John Berends visited Wuhan and Rugao last week. 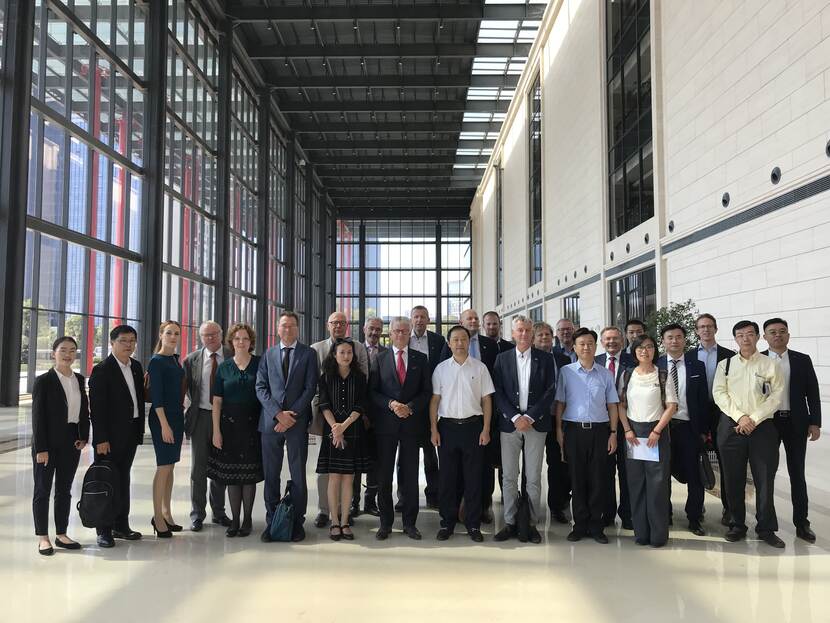 The Dutch province of Gelderland has a relationship of over 10 years already with the Province of Hubei, while Wuhan is a sister city of Arnhem.  “Wuhan is quickly developing itself as one of the centers of hydrogen technology within China. Several special economic development zones focusing on the automotive and hydrogen sectors have been set up as incubators. Meanwhile, Dutch companies have already been developing niche expertise for years, which makes them interesting partners for the Chinese sector,” says Fons Lamboo, Chief Representative of the Netherlands Business Support Office in Wuhan.

“A clear eagerness to cooperate”

One of the factors which makes the Chinese market interesting is the scale. As Judith van de Bovenkamp, of mission initiator OostNL told Dutch newspaper De Stentor: “In the Netherlands, there are six buses fueled by hydrogen. In just Wuhan there’s already a pilot planned for 2000 such buses.” Government subsidies are an important incentive for the many Chinese businesses to enter the market. Meanwhile, the Netherlands already has expertise for the entire hydrogen chain, from production to delivery and use. “There’s a clear eagerness to cooperate,” many participants of the delegation mentioned. Three topics stood out in particular during the mission: 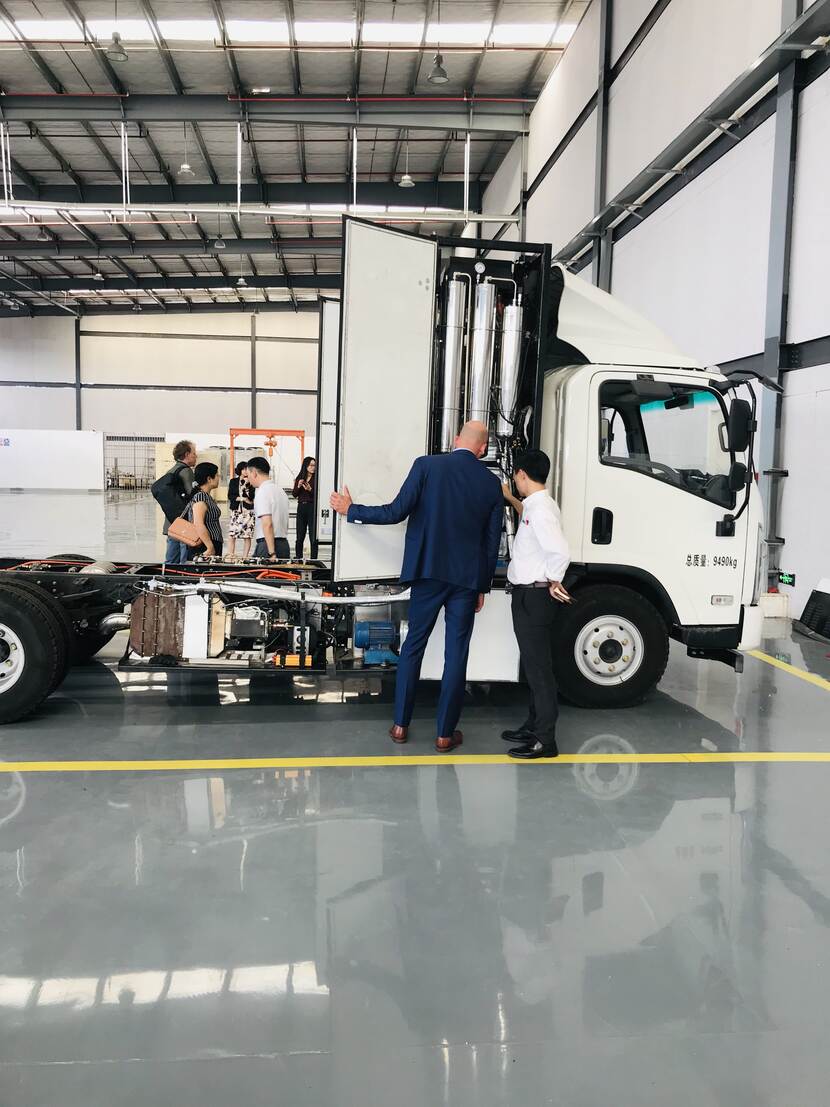 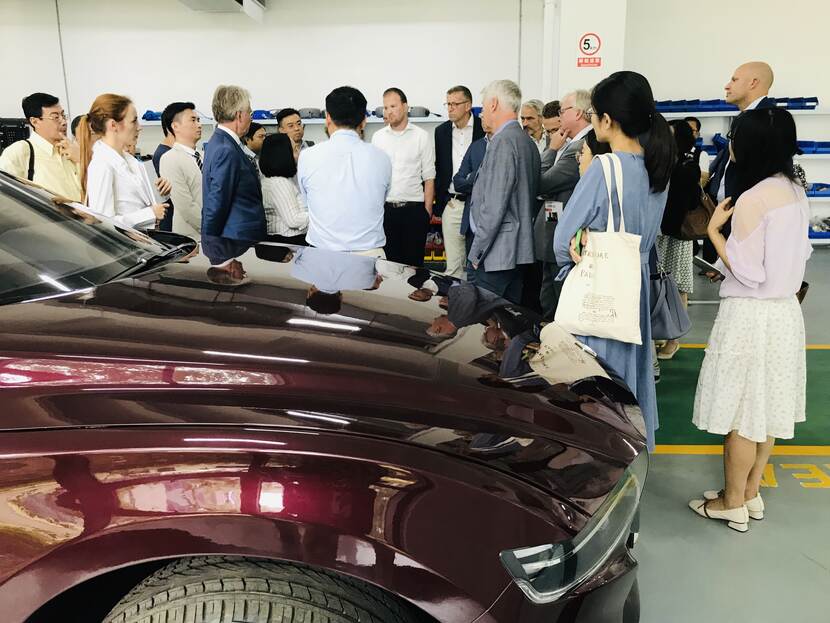 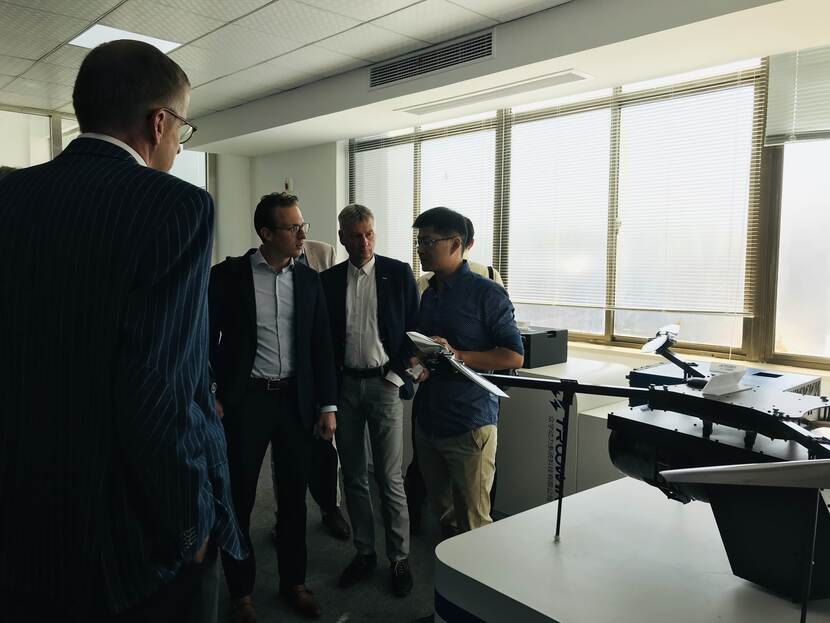 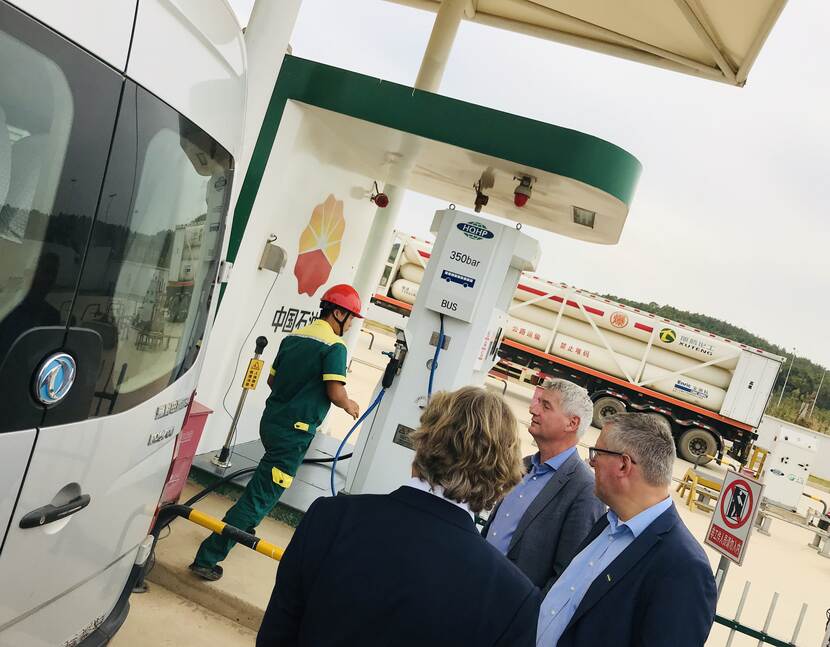 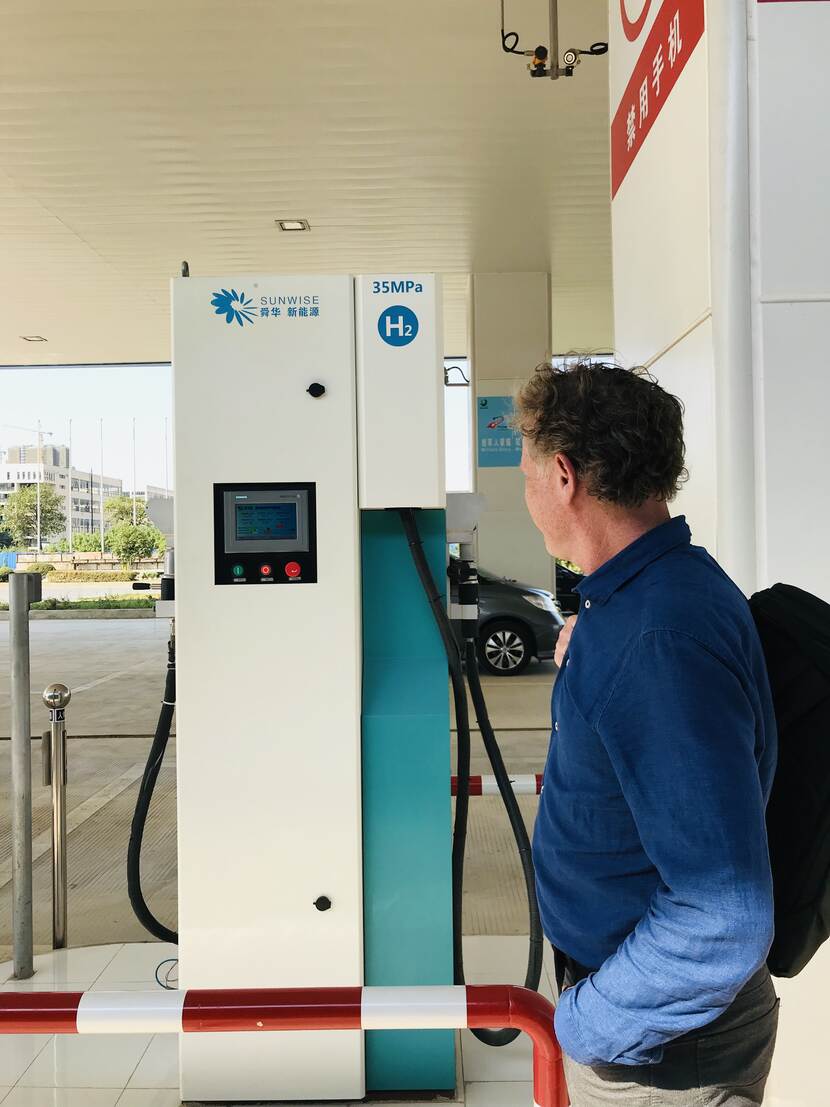 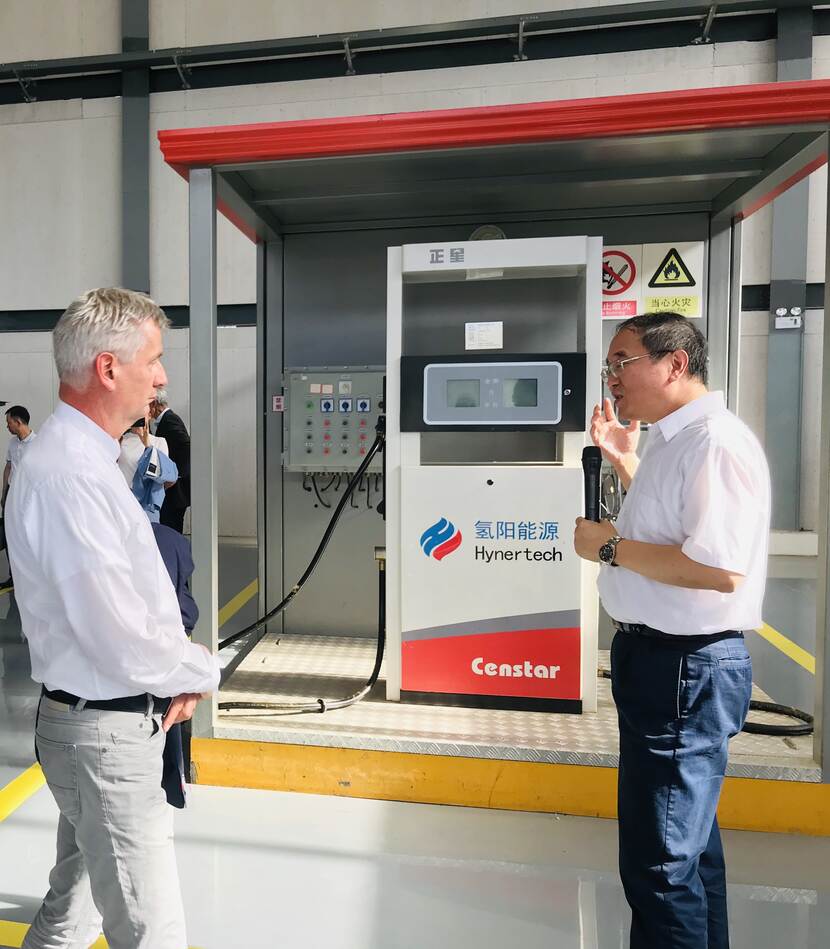 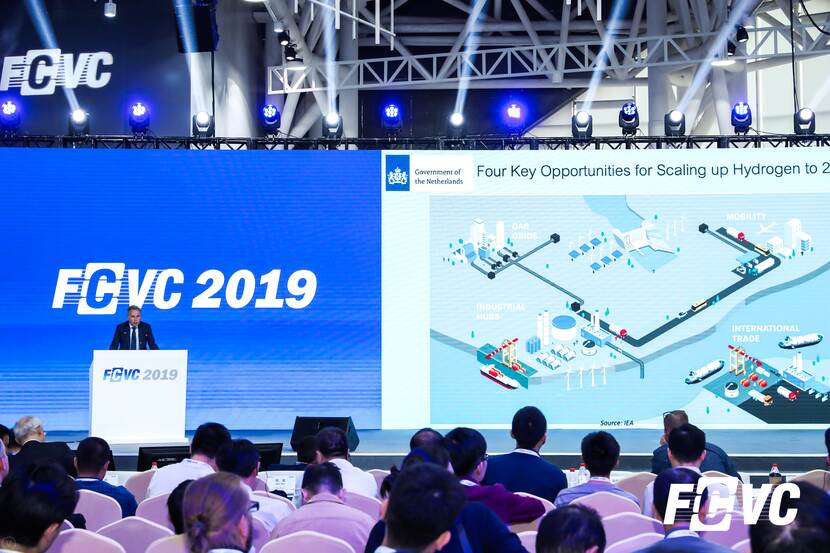 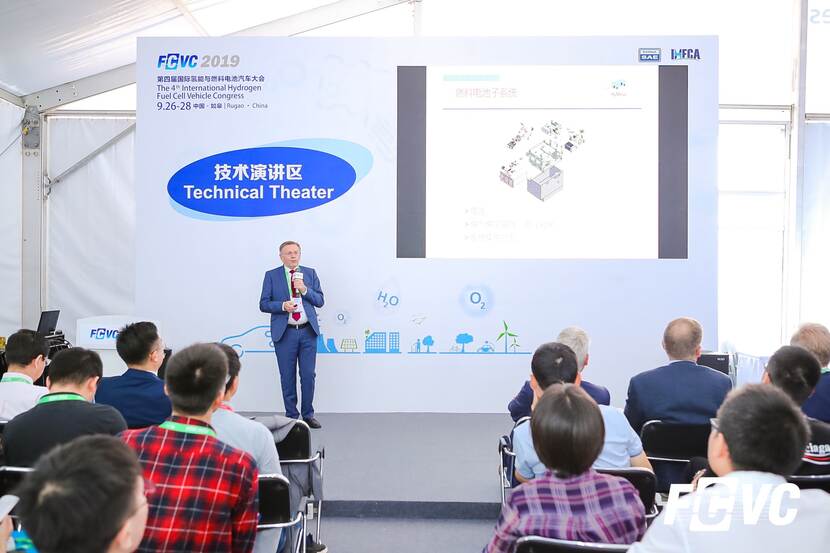 The cherry on the cake

To truly get to know the players in the sector, the delegation visited the 4th Annual Fuel Cell Congress in Rugao. At this annual trade show Han Feenstra of the Dutch Ministry of Economic Affairs gave a speech and introduced the Dutch hydrogen sector to the participants. For the delegation the Congress offered the perfect ending to the trade mission, providing plenty of networking opportunities.

Hydrogen has been a focus topic for the Dutch industry for a long time already, as was stressed by Taake Manning, Counsellor for Innovation at the Netherlands Embassy in Beijing. "This makes for a highly developed sector, with leading experts in several fields to accelerate the implementation of hydrogen globally."

As part of the aim to become fully circular by 2050, the Netherlands’ government has set clear ambitions when it comes to hydrogen. The Dutch Energy Agreement for sustainable growth includes 40 involved companies and the Dutch government. Together, they have agreed to limit the use of fossil fuels and greenhouse gasses. By 2035, all newly sold private cars should drive emission-free.