‘I hope that more women will go into business’

In early June, 10 women entrepreneurs from the MENA region visited The Hague. They hope that more women will follow their example and set up their own businesses. Hanane Bouhmoud and Lubna Taimeh tell their stories. ‘We want to remove the economic obstacles that women face.’

Hanane heads the construction company HBMD Development & Management and is a part-time professor. She is one of the few women in Morocco to work in a male-dominated profession. Here, she shares her experiences with her students and other women entrepreneurs.

‘When the American actor Matthew McConaughey won an Oscar in 2014, he said: “My hero is me in ten years.” His words made a deep impression on me. I often think about them when the going gets tough. I also tell my students that they should think big and shouldn’t let their ambitions fall by the wayside. My aim is for HBMD to become one of the ten biggest companies in Africa.

When I was young I didn’t dream of becoming an entrepreneur, but I did want to do something with my passion for architecture and building. I decided to set up my own construction company. HBMD supervises various projects in Morocco, other African countries and Europe. It’s the only Moroccan company headed by a woman. Sometimes it’s difficult to stand my ground as a woman in a man’s world, but I don’t shrink from that challenge. I don’t see my male colleagues as rivals, but as partners with whom I can join forces on complex construction projects.

There are still far fewer women in construction than men, and they generally work in offices rather than on building sites. I hope that more women in Morocco will follow my example and become entrepreneurs. That’s why I‘m working with an organisation that seeks to increase women’s economic involvement. We’ve set up a six-month programme in which 16 Moroccan women acquire the skills they need to run their own businesses. The Arab world needs more women in business.’ 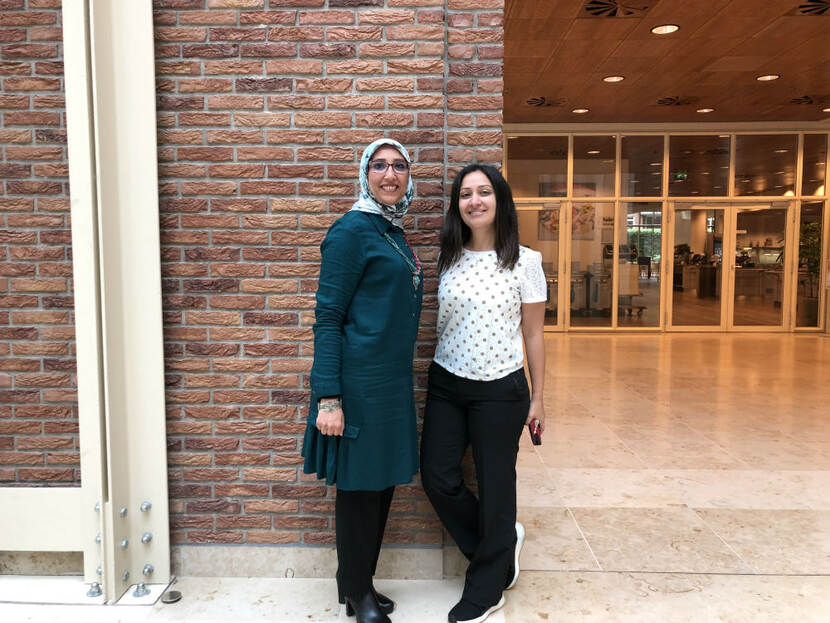 As a girl, she wanted to be Minister of Information and Communications Technology. In 2016 Lubna became owner and managing director of ShopGo. In 2017 she took on a woman business partner and decided to split her shares. She wants to show that women can successfully run a business together.

‘I want to conquer the digital market with ShopGo within five years. We’ve already staked our claim with 10,000 e-shops. The Arab world needs more export, more retailers and more knowledge about online sales and marketing. A more enterprising approach would not be a bad thing.

I got the opportunity to take over ShopGo in 2016. Although the previous owner saddled me with a debt of half a million dollars, I knew that this was meant to be. I saw what could be achieved in the MENA region and now I run the business together with a partner. Three years on, we’ve paid off the company’s debts and have over 1,000 active clients.

Running your own business is the best thing in the world, but you do have to work incredibly hard. The first months are especially tough. I often doubted myself. Would I be able to pull this off? Would I make it to the end of the month? There were days when I wanted to give up. But then I pulled myself together and rediscovered what drove me: convincing other entrepreneurs of the potential of good e-commerce. When I was in the gym not so long ago, I overheard a woman say that she’d paid 5,000 dollars to have a website made. We’d do at least as good a job, and for a tenth of the price!

In Jordan it’s unusual for women to run a business. Which I think is wrong, because anyone can do it – men and women! I don’t see myself as a role model. I’ve only been in business for ten years, and I still learn something new every day. But I do like to share my experiences with other women. It’s important that they can turn to someone for advice. I certainly needed that when I was starting out.’