A delegation of the Standing Committee on European Affairs of the House of Representatives of the Kingdom of the Netherlands visited the Republic of North Macedonia on 7 and 8 May. 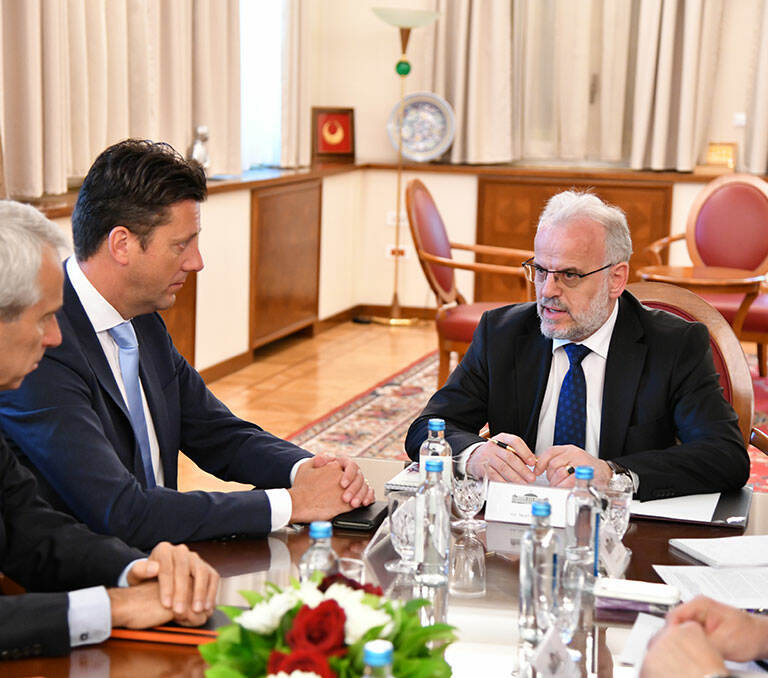 The main purpose of the visit of the Chairman of the Standing Committee, Hayke Veldman and its member Anne Mulder was to get a closer insight into the ongoing reforms the country is implementing as part of its Euro-Atlantic integration process.

During the visit the delegation had meetings with their counterparts from the Commission on European Affairs of the Parliament, the Speaker Talat Xhaferi, the Vice Prime Minister for European Affairs Bujar Osmani and the Minister of Foreign Affairs Nikola Dimitrov. The delegation also met with representatives of various civil society organisations.

The Netherlands has been providing continuous support for strengthening capacities of the institutions of the Republic of North Macedonia, with special emphasis on democratization, good governance and rule of law. This is the third time a delegation from the Standing Committee on European Affairs visits the country, after earlier visits in 2013 and 2016.