It’s been 10 years since Elise Niels first visited China. Her wish to visit China was inspired by the large number of adopted Chinese children Elise met through her work. It was a special visit for her, as she met a little girl named Tina in an orphanage, a girl with a double cleft-lip and a big cleft palate. Just a few months later Elise initiated the NGO Care4Tina, to help Chinese children in orphanages with cleft lips and/or palate. Right now, she’s back in Xi’an for the tenth time.

The initiative connects Dutch volunteers and medical specialists to the Children’s Hospital in Xi’an, where the surgeries are taking place in a special operating room. All equipment and materials are either locally bought by the NGO or taken from the Netherlands. This time, a total of 24 (medical) volunteers joined the visit, helping out with surgeries. Dutch plastic surgeon Johan Vehof has trained his Chinese counterpart Dr. Li, who will oversee future surgeries. 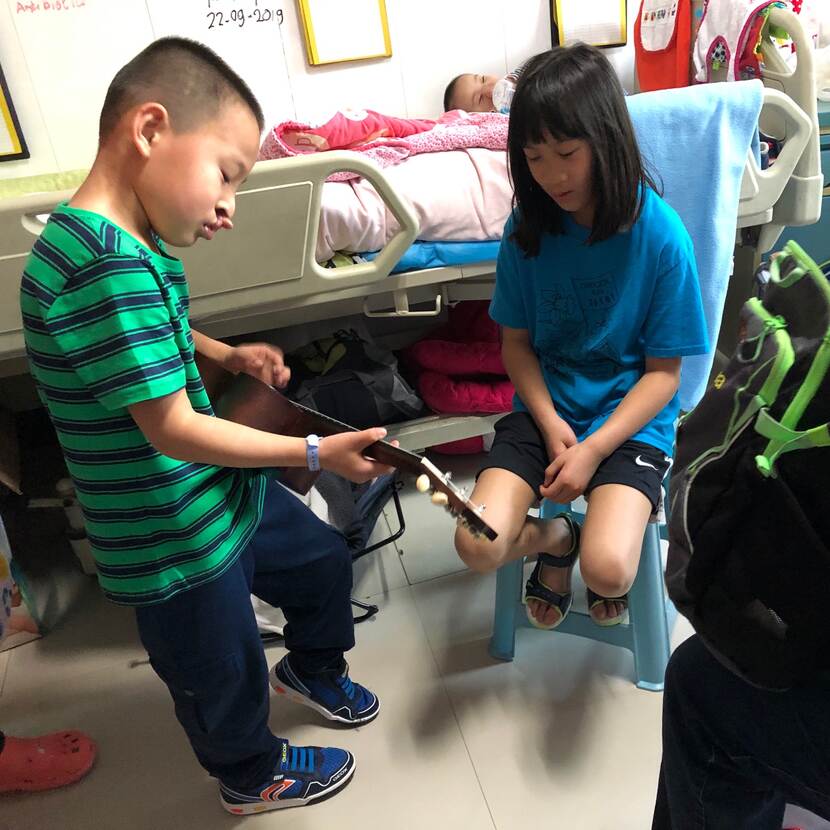 Tina, the little girl with whom it all started shows her guitar to one of the kids. 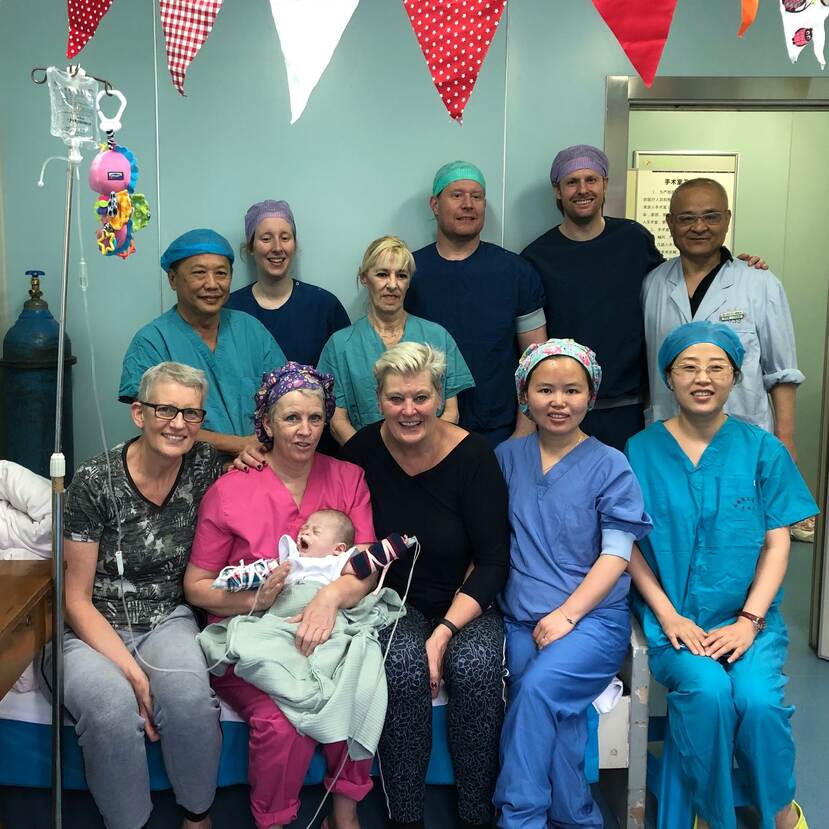 The board and medical team after the 400th surgery 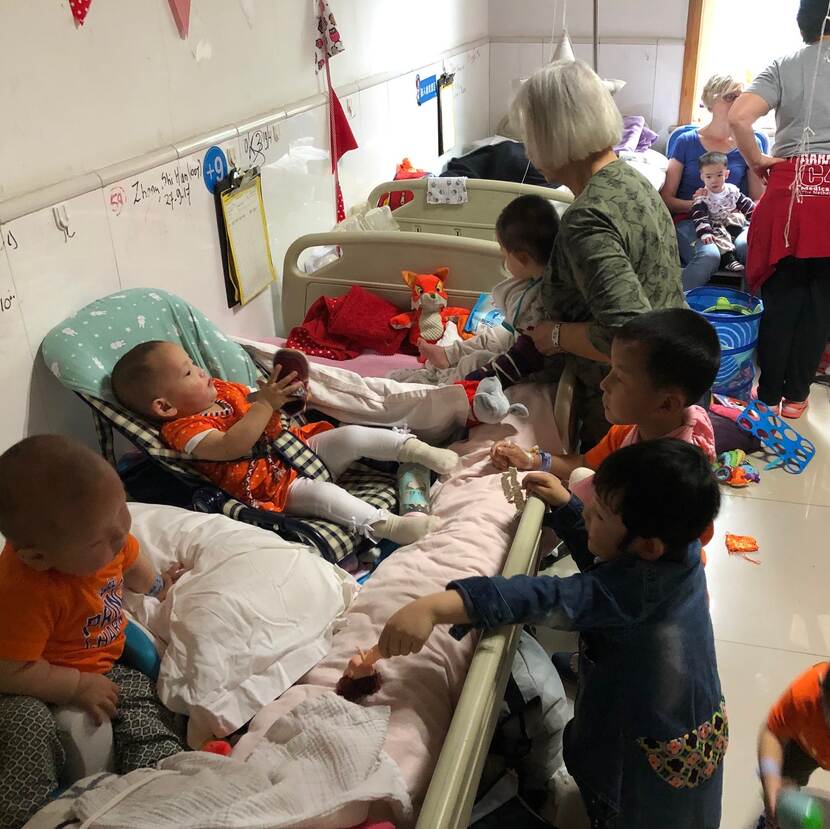 Children and volunteers in the hospital

Before, a relatively high number of children with cleft lips was abandoned in China. In recent years, however, the orphanages have seen a decline due to the increasingly available surgery options. This mission is the last one in its current form, but Care4Tina will remain supporting the local hospital with materials and funding to help orphaned children. Besides this, the NGO also offers social-emotional support for children with a migrant background, special diets for children with PKU, therapy for children with Down syndrome and aid for young adults with a mental disability.

The tenth visit of the NGO was celebrated with a total of over 52 children being operated this year. On April 18th Care4Tina celebrated their 10 anniversary with special (Chinese) official guests. Tina, the little girl with whom it all started, came over from the USA together with her mom. And the Dutch Consul-General in Chongqing, Koen Sizoo, joined the celebration too: “Though we often think of economic interests when it comes to Sino-Dutch cooperation, Care4Tina is purely about happiness and improving lives. It’s an example of human globalization: the relationship between people, aid and international cooperation.”

More information on care4tina is available on their website: www.care4tina.nl/en/home