On 12 April it was time for the fifth YPE at the Dutch Embassy. With these seminars and debates, the Embassy tries to bring young professionals from the Netherlands, Sweden and other parts of the world into contact with each other, while discussing a different relevant societal issue every time. The 'hot topic' at the centre of this edition was diversity and inclusion in working life. How diverse and inclusive are the organisations we work for, with and in? How can we improve this situation – and why should we even bother?

To set the tone for the seminar, our ambassador Ines Coppoolse gave a short opening speech. She emphasised that becoming diverse is not only the moral thing to do – since everyone has the right to equal treatment –, but also the smart thing to do. Organisations that are more diverse and inclusive tend to produce better results than their non-diverse counterparts, as the other speakers would also pinpoint later in the evening. Yet what hampers us is the absence of hard action that goes beyond nice words.

The ambassador illustrated her point with a reference to Yes Minister. In the scene concerned, the cabinet discusses whether women should play a bigger role in the administration. All ministers concur that men and women have to be treated fairly and equally. “Of course,” the Foreign Minister argues, “we couldn't post women ambassadors to Iran or Muslim nations. But I do approve the principle.” Similarly, his colleague says, “we would have to make an exception in the Home Office. Women are not the right people to run prisons or the police.” “The same applies to Defence alas,” another minister adds, “with all those admirals and generals.” And so on, and so forth: all agree on the principle, but no one undertakes action to implement the changes required. 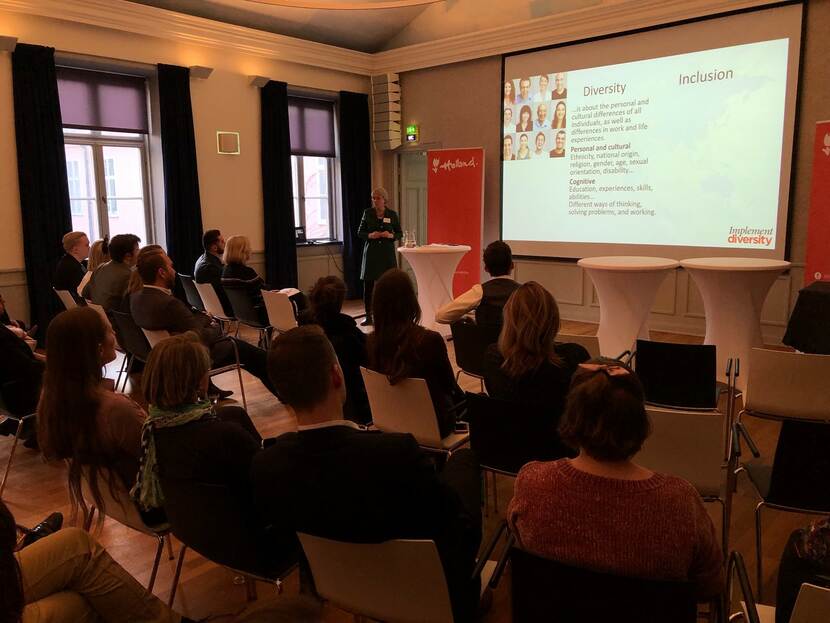 After this introduction, diversity consultant Gabriella Fägerlind took over to give a concise overview of workplace diversity and inclusion: what do these concepts mean, and what enables them? While it is important to be aware of demographic diversity (difference in ‘being’), she argued, we should not forget to need for cognitive diversity (difference in thinking/doing). And in order to be effectively inclusive, these differences should not just be integrated in organisational procedures and official policies, but also into daily individual and interpersonal behaviour. That is the only way we can be benefit from productive conflict, which can offer us more and better solutions to the problems we encounter in our work.

The second lecture was given by the organisational psychologist Hans van Dijk. He pointed out that while the Netherlands and Sweden tend to score high on (gender) diversity ranking, there are gaps left to bridge. Although some of the underlying societal biases which have caused these disparities still remain, things are slowly improving. Diversity is not enough, however; it is only “makeup”. Inclusion is the cure, but it requires a shift in culture, for which leadership and accountability are crucial. Only when the individual is treated as an insider, while also being encouraged to express their unique added value, will diversity bear fruit: increasing the likelihood of innovative decision-making. 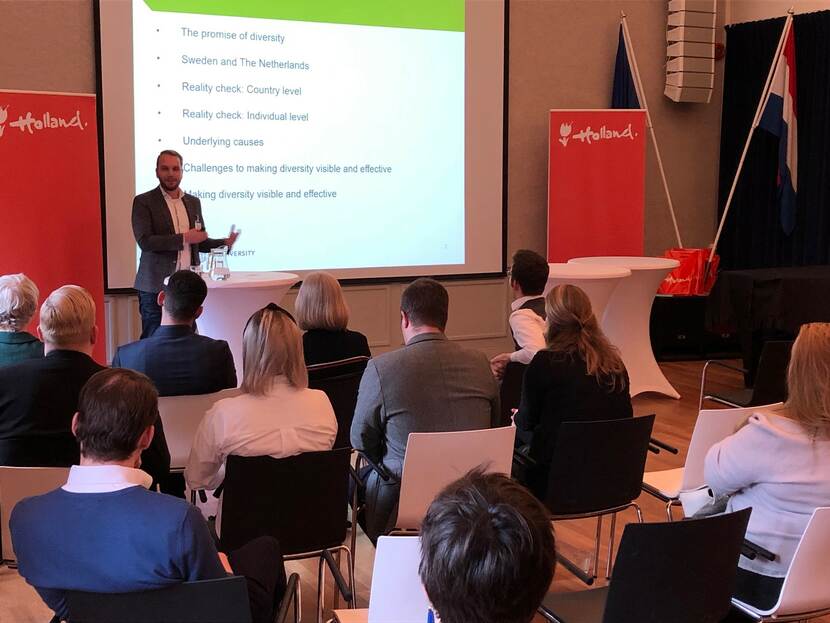 After these presentations, it was time for the panel to join us and discuss their experiences with making organisations more diverse. Ulrika Hagström, researcher at TCO, explained how the role of trade unions as a mediator between employees and employers enables them to promote inclusion at the working place. With policy guidelines and projects such as “Open the Workplace”, in which local unions organise seminars for their members, TCO aims to create the conditions for a healthy dialogue on diversity and inclusion. Next up was Emma Ramebäck, client relations manager at MINE. This Malmö-based network for diversity-wise organisations offers training and mentorship to its members in the public and the private sector. Emma emphasised how the lack of an extensive network can be an obstruction to demographic diversity – which is why MINE has set up a project to bring immigrated academics into contact with potential employers. 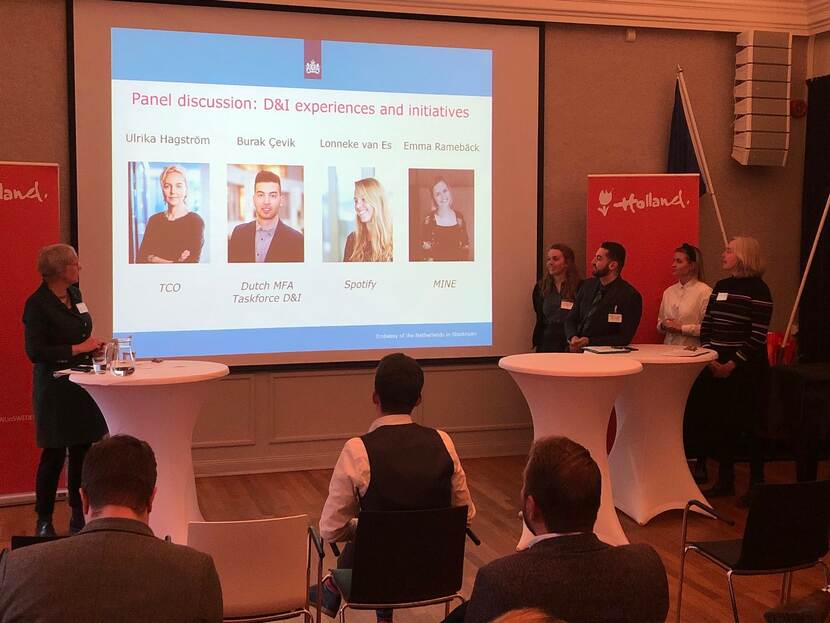 Spotify product manager Lonneke van Es told the audience that her company also aims to underline the diversity aspect in all its activities. The Swedish music platform does not only offer diversity training sessions to its staff, but also tries to critically review the algorithms it develops, for instance, to cater to as diverse an audience as possible. The last panellist speaking was Burak Çevik, member of the diversity taskforce at the Dutch Foreign Ministry. The foreign service seeks to bring diversity and inclusion to the forefront on all different levels. One striking example he mentioned was the deliberate choice to send women ambassadors to Iran and other not-so-feminist countries. But that is not enough, Burak stressed. Since every part of the Ministry is facing its own challenges, the taskforce provides information and discussion sessions with staff in The Hague as well as abroad to stimulate awareness and devise tailor-made measures to become more diverse and inclusive. 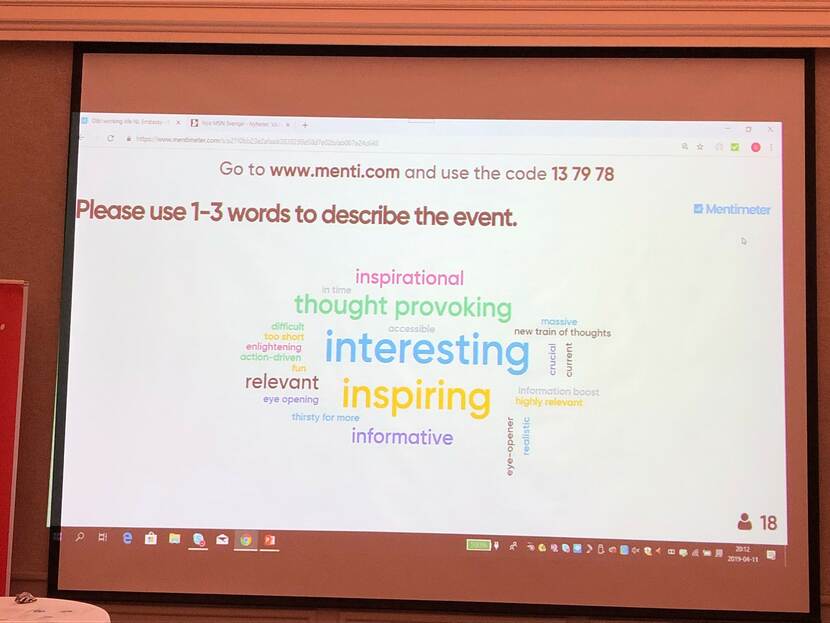 Apparently it was an inspiring and thought-provoking event!

Following a short discussion between the panel members, Gabriella concluded by asking the audience to briefly evaluate the evening on Mentimeter. It turned out that people had been surprised by their own biases, by stereotypical toy adverts from the Netherlands, and by the importance of distinguishing different levels of diversity management. Asked what they thought of the event as a whole, the audience replied that they had found it an inspiring, informative and eye-opening evening – but too short! Fortunately, there was time left to have some further informal conversation over a drink. All in all, it was a satisfying evening, which bodes well for our next Young Professionals Event on the European elections! 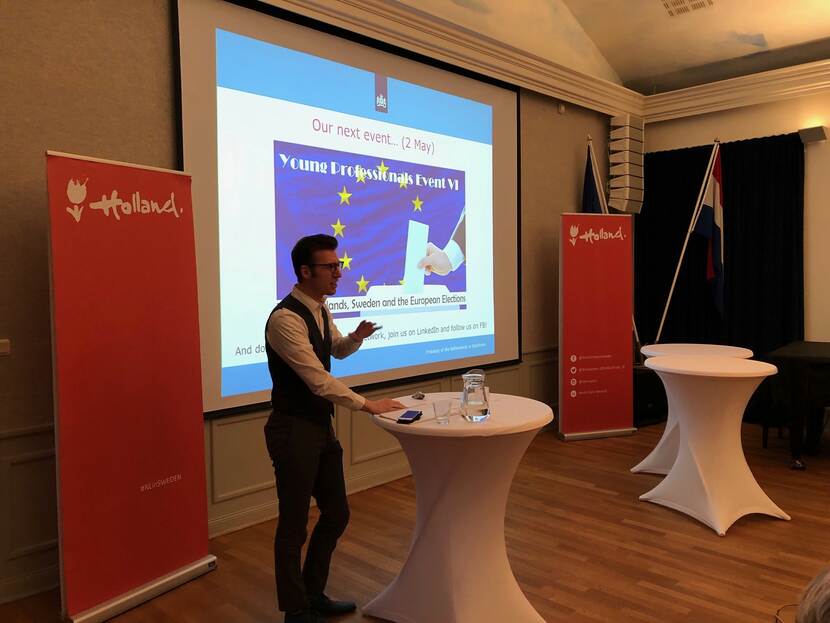 Intern Sven Schreurs made sure that this evening became a success and introduced the next event (2 May) - https://www.netherlandsandyou.nl/latest-news/news/2019/04/08/young-professionals-event-vi