The Netherlands and India strengthened their partnerships in Agribusiness & Horticulture

The Netherlands Trade Mission to India 2018 unfurled from 22nd May to 25th May. With over 200 participants, 140 companies/knowledge institutions, 4 cabinet ministers, and Prime Minister Mark Rutte, this was the biggest ever Dutch Trade Mission to India and almost twice the size of previous flagship-mission in 2015.

During the course of the trade mission, Indian and Dutch companies brainstormed, discussed and shared ideas about collaborations in the below-mentioned sectors: 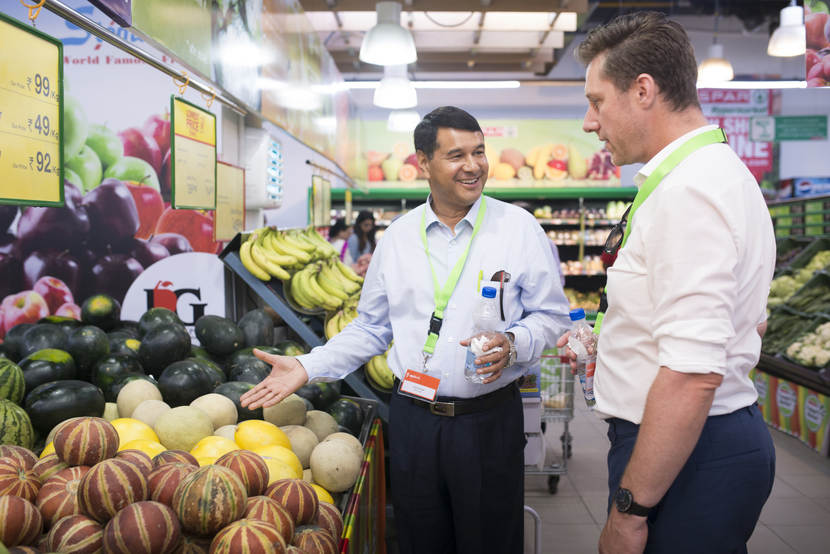 India and NL have been sources of agro exports/imports for each other. India exports 7 times more agro produce than NL exports to India (considering NL’s size).

The Netherlands exports mostly inputs for agriculture, like agro-tech, agro-knowledge, high yield seeds, seed potatoes, semen to India. Together India and the Netherlands are a natural fit in Agro.

As a testament to how vital agro is for both nations, and how concrete the partnership is, was the PM visit focus on the many aspects/facets of Indo-Dutch partnerships in agro. The spotlight was on:

If India wants to double its food production or double its farmers income, then the Netherlands has the technologies to make it happen:

The focus is to further strengthen the relationship with India, we strive to contribute to the development of Indian agriculture. Indian government’s programme ‘Make in India’ aims to boost foreign investment. The Netherlands wants to ‘Make in India’ and by doing so transfer knowledge and technology, also in agriculture:

“A farmer is a magician who produces money from the mud”, Wouter Verhey (Agricultural Counsellor at the Netherlands Embassy in Delhi) quotes the Indian author Amirt Kalantri. “And seeds make it happen. A grower in the Netherlands will pay around € 50,000 euros for 1 kilo of tomato seed. Just for reference: that’s more than the price of 1 kilo of gold. This amount of seeds will enable the grower to grow nearly 20 acres of greenhouse tomatoes, or 4.8 million kilos of tomatoes, which they will sell for € 3.5 million. These tomatoes will go on to be sold in stores for € 10 million – 250 times the value of the original seed.” 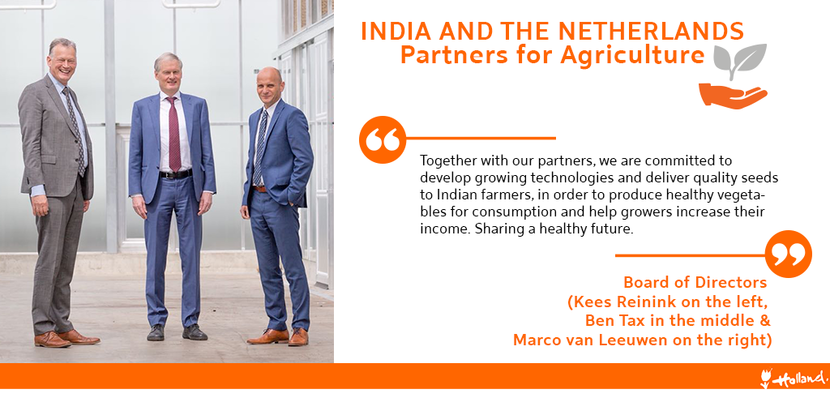 Want to learn more about the doing business in India in the Agribusiness & Hotriculture sector? Email: nde-lnv@minbuza.nl or visit the website www.id-agriculture.com

Because pictures say more than a thousand words, here is a visual recap of the some of the events that took place in the Agribusiness & Horticulture: