Women in Business Fair in Tirana

On 2 October, the Embassy of The Kingdom of the Netherlands in Albania organized the “Women in Business” fair, with more than 30 women entrepreneurs as part of the event, representing all the regions of Albania.

The Ambassador of the Kingdom of the Netherlands in Albania, Dewi van de Weerd, welcomed the guests and highlighted the Netherlands’ efforts to promote a sustainable entrepreneurship culture, which encourages women entrepreneurship as key to inclusive economic growth.
Ambassador Van de Weerd also stated that by investing in higher participation of women in the economy, we improve both their welfare and their economic contribution, thus the return on this investment is quite significant.

Ms. Linda Shomo, a successful businesswoman and the CEO of EasyPay, an Albanian company that received the prestigious European Fintech Award, also contributed to the event and invited the participants to join the Albanian Women Entrepreneurs Network (NAWE).

Later during the event, the documentary “Rruga” (The Street) of Dutch artist Su Tomesen was screened, followed by a discussion on street vendors, which is the main issue addressed in “Rruga”. In addition, Elizabeth Gowing promoted her book “The Silver Thread” which describes the filigree’s journey through the Balkans and especially in Albania’s cities and highlands. 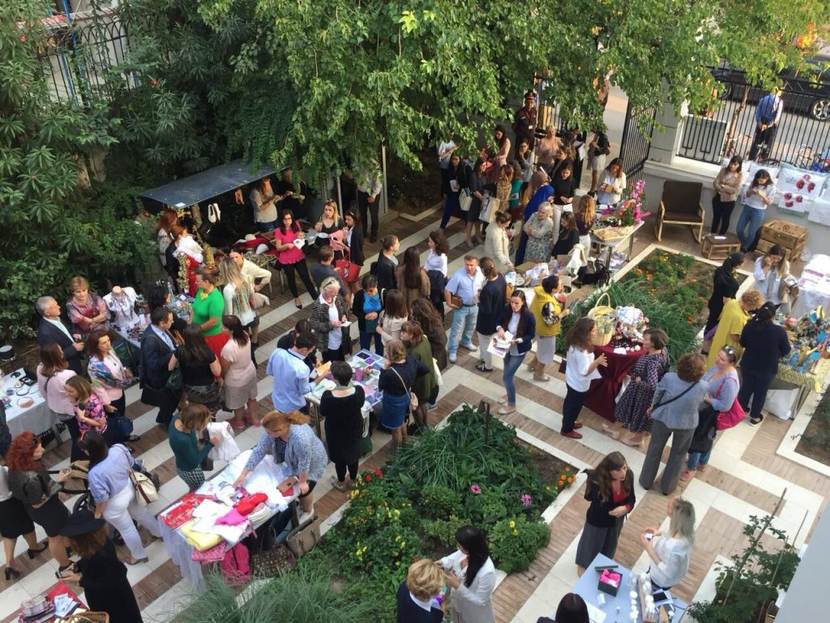