Violinist Shin Sihan and pianist Anne Brackman have won the Dutch Classical Talent 2017 final. Shin Sihan studied at the Sweelinck Academy, the Conservatorium van Amsterdam's young talents programme, and continued his studies at the Royal Conservatoire in The Hague. Now Shin Sihan follows his studies at the Hochschule für Musik ‘Hanns Eisler’ in Berlin with  Kolja Blacher.  He forms a regular duo with Anne Brackman, who studied piano as well as flute at the Sweelinck Academy. She  now studies at Universität für Musik und Darstellende Kunst in Wenen with Christopher Hinterhuber. 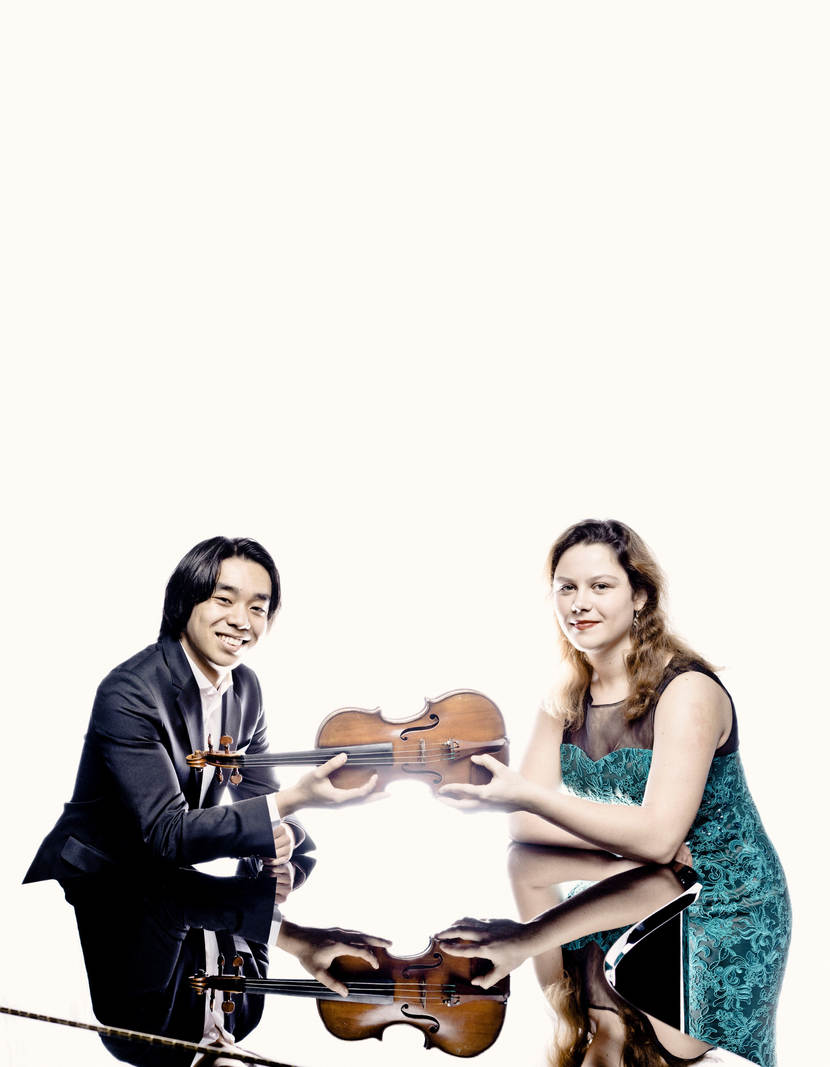 Together they will perform at the Auditorium of the Soehanna Hall, Jakarta on 24 August 2018. This concert is a cooperation between the Erasmus Huis and the Ananda Sukarlan Centre. The Winners of the Dutch Classical Talent 2017 will play a composition and together with Indonesian pianist Ananda Sukarlan. The duo will make a tour. They will perform at 3 other beautiful. On 26 August 2018 at The Papandayan Hotel in Bandung, on 28 August 2018 at Cemara 6 Gallery (invitation only) in Jakarta  and on 31 Augusut 2018 at the Majapahit hotel in Surabaya.

Shin Sihan (1994) started playing the violin at the age of 6 and has studied with Coosje Wijzenbeek at the Sweelinck Academy in Amsterdam and with Vera Beths at the Royal Conservatory in The Hague, where, upon graduation, he was awarded the Fock medal for the highest mark of the year and a distinction for his “phenomenal virtuosity, combined with a phenomenal musicality”.

He currently studies with prof. Kolja Blacher at the Hochschule für Musik ‘Hanns Eisler’ in Berlin.

Shin has appeared as a soloist under, among others, Ed Spanjaard, Jac van Steen, Jules van Hessen, Antony Hermus and Jacob Slagter, with orchestras including the Gelders Orchestra, Residentie Orchestra, the Royal Concertgebouw Camerata, National Youth Orchestra of the Netherlands and the Netherlands Symphony Orchestra. He was also Young Artist in Residence during the "Muziekzomer 2016" festival hosted by the National Youth Orchestra.

Shin was 1st prize winner of the Iordens Viooldagen (the national violin competition for the very young in the Netherlands) twice in a row (2006 and 2008).  In 2007 he received the Bach Sonderpreis at the 12th Internationale Wettbewerb für Violine Kloster Schöntal, Germany, in addition to being an award winning finalist. At the 2013 Netherlands Violin Competition Oskar Back in the Amsterdam Concertgebouw he received the 2nd prize and the NTR Audience Prize. That same year he was awarded the Violin Scholarship from the Kersjes Foundation. In 2017 Shin won the Dutch Classical Talent Award as a duo with pianist Anne Brackman.

Besides solo performances Shin is also an ardent chamber musician. As primarius of the Animato Quartet he has performed and still performs regularly in the Netherlands as well as abroad. As an ensemble of the European Chamber Music Academy and the Dutch String Quartet Academy they are privileged to work with such artists as Eberhard Feltz, Hatto Beyerle, Quatuor Danel and Johannes Meissl.

Shin plays a beautiful violin made by Nicol Amati in 1675, Cremona, graciously given on extended loan by the Caldic Collection.

Anne Brackman (1995) started taking flute lessons at the age of three with her mother Josine Brackman-Pijnacker Hordijk. At the age of six, she started taking piano lessons with her grandmother Frieda Brackman-Hoogerwerf. Anne studied the piano at Amsterdam Conservatory with Frank van de Laar. June 2017 she graduated her Bachelors. She continues her piano studies with Prof. Christopher Hinterhuber at the Universität für Musik und darstellende Kunst Wien.

Anne won prizes in several competitions, including the Benelux Flute Competition (2004), the Rotterdamse Piano Driedaagse (2005), the Nationaal Concours van de Stichting Jong Muziektalent Nederland and the Prinses Christina Concours (2012). In 2010, Anne was a finalist for the Eurovision Young Musicians Competition and she appeared as a soloist with the Holland Symfonia conducted by Otto Tausk during the Avond van de Jonge Musicus (flute). In 2013, she played flute as a soloist with Domestica Rotterdam. In 2014, Anne received the A. A. Bredius Foundation Prize at the International Piano Competition For Young Musicians. in 2017, Anne won, as a violin-piano duo together with violinist Shin Sihan, the Dutch Classical Talent Award. In the run-up there, the duo Sihan & Brackman made a tour through eleven major concert halls in The Netherlands.

Anne plays on a rosewood flute built by Alfred Verhoef. The purchase of this instrument was made possible through contributions from the Prins Bernhard Cultuurfonds and the Stichting Eigen Muziekinstrument.