After four successful releases Jungle by Night will drop their fourth album in November 2018. New album, new sounds. More than ever the band created a dancefloor orientated beats driven sound.  Jungle by Night consists of nine young lads from Amsterdam who use their musical upbringing, taste, backgrounds and unstoppable eagerness to produce a unique blend of musical styles. The nine souls in Jungle by Night were acquainted through school, street and family bonds. A couple of years ago, the group seemed to be infected with a love for raw global oriented funk and retreated into the rehearsal studio. The band was invited to perform as the opening act at concerts of Mayer Hawthorne and The Roots & John Legend. The band collaborated with the likes of DJ/Producer The Gaslampkiller, drummer Tony Allen and Seun Kuti & Egypt 80 to name a few.

There wasn’t a festival organizer unimpressed by Jungle by Night, so they were basically invited to all. Regardless if the festival was world music oriented , dance festivals or  major rock-events such as Lowlands, Fuji Rock or Sziget or Jazz minded like North Sea Jazz or Montreal Jazz . Their fame stretched from The Netherlands to Japan, where Jungle by Night performed at Fuji Rock in 2014 and from Jazz a Vienne in France to Montreal Jazz in Canada and a hard ticket show in the Brooklyn Rough Trade.

Jungle by Night does not set any musical boundaries, the possibilities are infinite. The band members have individual interest and tastes in music. One likes psychedelic rock, others listen to hip hop and all lot of jazz, yet others get their kicks from reggae, Latin and rock. All influences dwell down to the musical palette of Jungle by Night. “It doesn’t matter what you do, as long as you do it with passion and soul,” thus Jungle by Night.

In Jakarta Jungle by Night perform together with the Indonesian band Percussion Experimental and play together compositions from Jungle by Night. The performances will show us the use of traditional pentatonic tuning of the gamelan in combination with the sound of Western instruments. A very unique and dynamic performance where East meets West.

Concert in other cities

Jungle by Night will also perform in the following places. 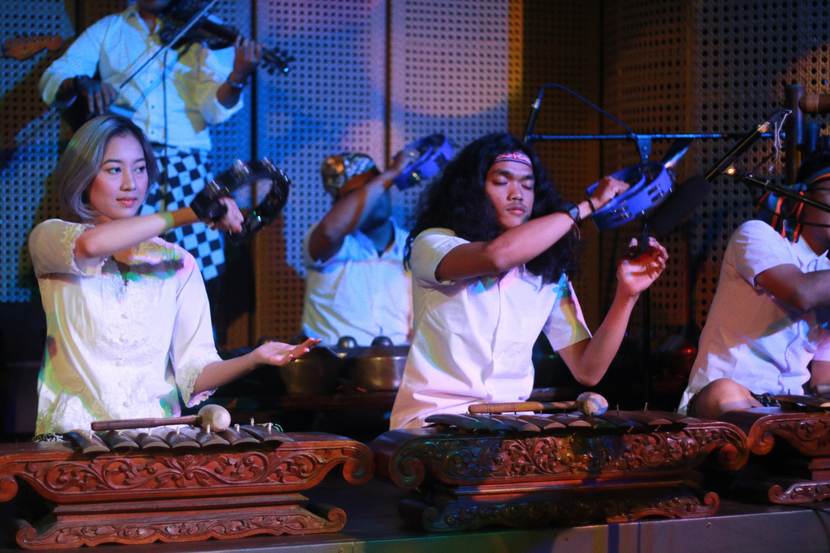 Percussion Experimental was founded by Amien Arroysi (Ochie) in 2010.  He is a drummer who asked his friends to join the ensemble that consist of many percussion instruments, such as Javanese and Balinese Gamelan.

It started while they were studying at the university, They unite the energy  in a musical group exploring Indonesian traditional percussion music instrument.

They called themselves  Percussion Experimental. The concept is how to play the traditional music instrument in a different way.

They have chosen to get out the limit of traditional musical paradigm that can be heard from their compositions that have been influenced by expressionism and rock music style.

Get ready for a new episode of the Jungle by Night story!