Blaudzun is the Dutch singer-songwriter Johannes Sigmond. As a driven cyclist, he named himself after the (unknown) Danish cyclist Verner Blaudzun.

Singer and composer Johannes Sigmond has been on-stage since 2008 under the name Blaudzun. In the early years he played solo and with a small ensemble; since "Heavy Flowers" (album 2012, awarded with a Golden Album in the Netherlands) he performs with 5-9 musicians onstage.

In the Benelux, Blaudzun played sold out shows in venues like AB Brussels and Paradiso Amsterdam and huge festival shows at Pinkpop, Lowlands, Pukkelpop and Rock Werchter. He also played in several other European territories as well as USA, performing on festivals like CMJ New York and SXSW Austin.

Blaudzun received many awards such as the Dutch Public Broadcasting Award for Best Album of the Year 2012, an Edison for Best Male Artist at the Dutch Edison Awards (Dutch Grammys) and an award for Best Alternative Act at 3FM (Dutch national radio).

Johannes Sigmond (the real name of Blaudzun) has an Netherlands-Indies background. His grandfather (born in Probolinggo) is Indonesia and his grandma is half Indonesia (born in Solo and lived in Lawang - house is still there). Both of them were born in Indonesia, went to school in Malang and lived there for a long time. During World War II they were interned in Japanese camps. His grandmother in Indonesia is his grandfather in Japan.

Johannes (and also his brother Jakob (guitarist) have not been to Indonesia before. In this way, this trip offers an opportunity to learn more about their ancestors and their roots. Also in musical terms: Keroncong music and Indo-rock are the sounds of his youth. His father and other Indo uncles played and listened to this music. As a boy Blaudzun was always fascinated by this typical instrument. During this short tour of Indonesia, Blaudzun considers it would be great and unique to use the Keroncong in the concerts.

At the Erasmus Huis, Jakarta Keroncong Tugu Cafrinho will join Blaudzun on stage to perform three songs together. In Yogyakarta, Solo and Malang Blaudzun the cooperation will be with Keroncongan Agawe Santosa who will travel along from Yogyakarta to Solo and Malang.

In April, Blaudzun new album Jupiter-III will be released, after which Blaudzun will tour Europe. The stage premiere for some of these new songs will be for the Indonesian audience. That will also raise the attention of the European followers for this tour. 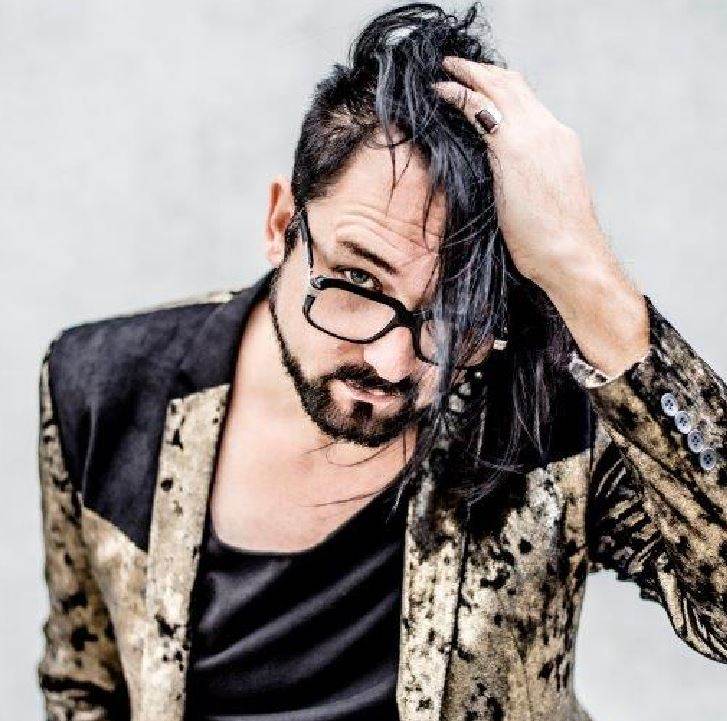